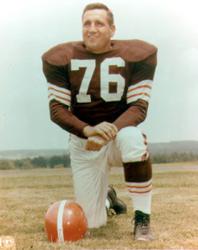 Louis Roy Groza (January 25, 1924 – November 29, 2000) was an American football placekicker who played his entire career for the Cleveland Browns.

Groza was born in Martins Ferry, Ohio the son of immigrant parents (his father was Romanian, his mother Hungarian), he was the smallest (at 6′ 3″) of three brothers in a decidedly athletic family. He played one season for Ohio State University, where he was a member of Alpha Tau Omega, before being drafted into the Army. Upon discharge, Groza joined the Browns, who were then in the All-America Football Conference. He stayed with the team until 1959. After a brief retirement, he returned to play from 1961-1967. According to the Pro Football Hall of Fame, his 21 years of play was unprecedented up to that time, and when he retired, he was last of the original Browns still active.
While renowned for his kicking ability, Groza also played and started during most of his career as offensive tackle for the Browns. He was very proficient at both positions, named nine times to the NFL Pro Bowl and was All-NFL tackle six times. Groza also led the NFL in field goals in 1950, 1952-54, and 1957. In 1950, his field goal with 30 seconds left won the NFL Championship Game. In 1957, he also co-led the NFL in scoring. He was named the Sporting News’ NFL Player of the Year in 1954. However, he played exclusively as a kicker during his second stint with the Browns.

Groza was enshrined in the Pro Football Hall of Fame in 1974. His number 76 is retired by the Browns. The Palm Beach County Sports Commission established the Lou Groza Award in 1992, an award given to the best NCAA Football Bowl Subdivision (formerly Division I-A) kicker. In 1999, he was ranked number 99 on 100 Greatest Football Players. The Browns’ training facility in Berea, Ohio is located at 76 Lou Groza Boulevard.

In 1996 Groza wrote an autobiography of his time playing for the Browns called The Toe: The Lou Groza Story. Robert Yonkers, who used to be a sportswriter for The Cleveland Press, gave him the nickname “The Toe.”

The “Lou Groza Rule” in the NFL prohibits use of artificial aids for kickers. Lou used tape and later a special tee with a long tail to help him guide his foot to the sweet spot of the football when kicking. The 1956 rule banned Lou’s tape.

Lou Groza died in 2000 and is buried in Sunset Memorial Park in North Olmsted, Ohio.

Thank you cleveland.com for the great article on our statue that was first unveiled on November 19, 2016. This is an amazing snapshot into the legacy of Lou Groza which led to the culture of our league. Every #groza family should pause on your way into our field, touch that toe, and be proud! 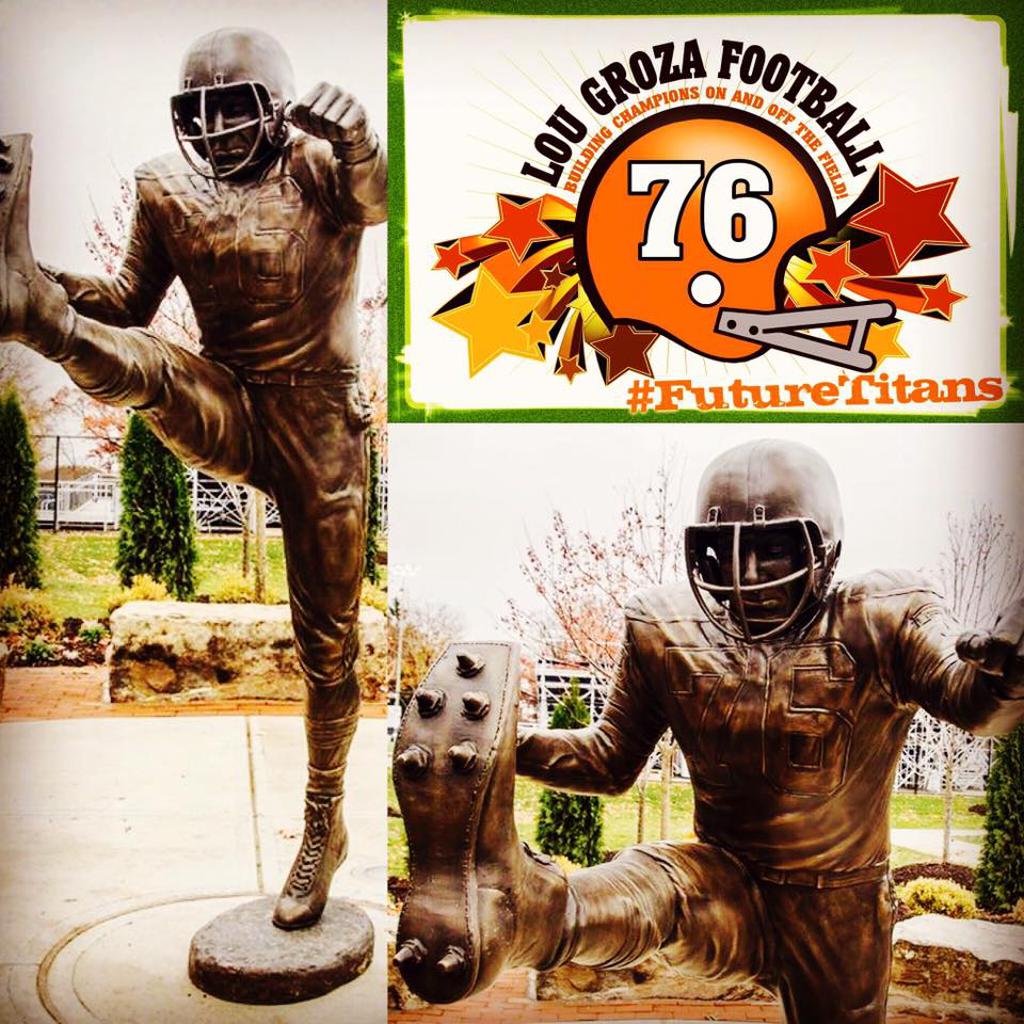 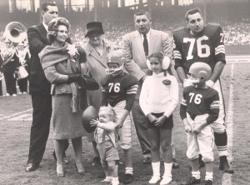